The final blog in this series; in relation to social media and enterprise 2.0. This week I was asked…
Q: Identify an example of an organisation that has accidentally or deliberately ‘misused’ social technology.

The organisation I will be exploring is called Epicurious. And I will cover their “deliberate” attempt to use social technology during a public tragedy. The Boston Bombings, 2013 <~ view link to know the story behind the tragedy.

Epicurious is an website about food and cookery.
Epicurious is owned by Condé Nast Publications (A New York based mass media company) and operated by Condé Nast Digital (Their digital division). The site includes recipes, interviews with renowned chefs. And articles related to food preparation, hospitality in the home,restaurant dining, and culinary tourism. The recipes on the site are selected from the repertoires of professional chefs and home cooks. As well as from back issues of Condé Nast’s magazines Bon Appétit, Gourmet, and Self.

The Story. The incident. The blunder unfolded:

On Monday 15th April 2013, The Boston Marathon Bombings occurred. On this day. Epicurious (a food website), tweeted this.

The following morning, they tweeted this.

In the wake of April 2013 horrifying Boston Marathon bombing. Epicurious had tweeted out a recipe suggestions for those in Boston and New England.

Epicurious, shamelessly used the tragedy to promote two breakfast recipes to its 385,000+ followers.

This is one of the worst examples of a brand’s attempt at “real-time marketing”. A company using a national tragedy as an opportunity to chime in about its own content.

Companies using social media should take note…
Tragedy = Social media screw-up waiting to happen. And the best course of action to take with social media when disaster strikes, is to shut up.

In correlation, there are some brands who simply do not care. They do not care about crossing any lines and will do whatever it takes to move their product towards profit. For some, there is no line between capitalism and capitalization. Within this context, i’m referring capitalism as – brands capitalising or taking advantage of a given situation a consumer finds themselves in.

Attitude such like this, touches base on some of Rogerson’s eight ethical principles. In references to Epicurious, I’m not saying that are such a brand that doesn’t care. Actually they do. Evident by apologetic tweet they sent out after realised their error.

However, lets explore some of the ethics they violated during this social media fiasco.

Fairness; are all stakeholder’s views considered with regard to the action? – Nope. This brand certainly wasn’t considering the views of its stakeholders at the time. None whatsoever. I mean who in their mind promotes ‘whole grain cranberry scones’ during a terrorist attack.

Effective and efficient action; is the action suitable, given the objectives set? Nope. Suitable! – Not in the slightest. The anger responses by customers viewing these tweets goes to show how un-suitable their action was.

Professional Adequacy; is the action within the limits of capability? Nope. This social interaction was neither professional or adequate in light of the situation occurring. You would think professionalism results in good manner and good timing!?

These are a violation because as humans, we should think about the impact our actions have on others. Mapping out the ethical consequences of what we do, ‘Ethics problem space’ by Campoverde, Sun & Stephens (2009). Is a good starting point to reflect upon such actions.

A survey by smartbrief, looked at “who controls the social media efforts at your organisation?” Their insight shows:

Survey by smartbrief looking at “who controls the social media efforts at your organisation?”

In accordance to the six core affordances of social tech via McKinsey. Epicurious touches base on two of the six affordances. 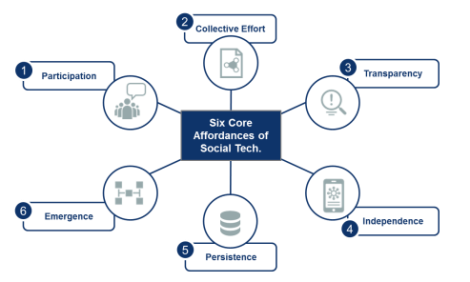 Yes. It may have seem that in Epicurious’ case, this social media blunder may have been an collective effort. I’ve made this assumption based on the previous image by smartbrief. OR. This could had been a independent action, done by a sole individual on behalf of the brand. Dawson’s lists a few key risks and concerns of enterprise 2.0 that correlate to this incident by Epicurious. – ‘loss of control’ and ‘reputation’. 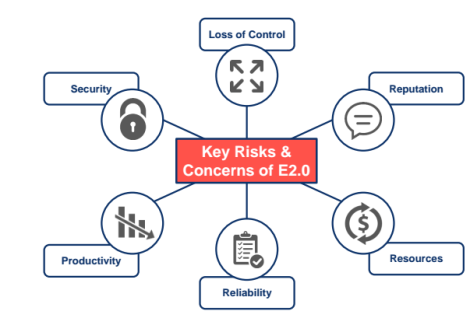 During this blunder, both of these risk/concerns came into fruition, and now the repercussions have tarnished the reputation of this brand.

Epicurious may have not have gotten into this mess if they had used a social automation provider such as buffer 😉 – they could have paused their scheduled tweets.

What Epicurious should have done during the incident?

What Epicurious should have done after the incident?

Have you ever messed up so bad and tried to regain the faith/trust of those you failed? – I tell you, it’s a long, and hard road to recover from. People forgive, but they NEVER forget.

Adding insult to injury, Epicurious’ first response was to tweet “apologies,” saying that it was sorry if the Boston tweets “seemed” insensitive. Epicurious then deleted those tweets and finally tweeted an actual apology, admitting that the tweets were, “frankly, insensitive.”

Epicurios where wrong to promote themselves during a public tragedy. Their actions where ethical wrong, not fair and unprofessional!

Calderon, A. (2013, May 22). 19 Companies That Made Huge Social Media Fails. Retrieved from http://www.buzzfeed.com/ariellecalderon/19-companies-that-made-huge-social-media-fails#4kos0va

Phillip, B. (2013, April 16). Tragedy In Boston: What The Hell Was Epicurious Thinking? Retrieved from http://www.mrmediatraining.com/2013/04/16/tragedy-in-boston-what-the-hell-was-epicurious-thinking/

King, S. (2014, September 19). Six Things You Should Never Do On Social Media Networking. Retrieved from http://socialbarrel.com/six-things-you-should-never-do-on-social-media-networking/94887/